As with many other cultural and man-made habitats, the combination of cultural history and natural history associated with the drainage systems of reclaimed land offers important educational opportunities for children in nearby towns and cities.

The best examples of land reclamation and drainage ditches in Wales are found on the Gwent Levels in south-east Wales. This land was reclaimed from the Severn Estuary in Roman times and is now a largely pastoral landscape that is irrigated to allow high productivity farming. The network of irrigation ditches (known locally as reens) and drains carry water from the uplands out to sea and protect the low-lying reclaimed farmland from flooding. This drainage system on the Levels is complex and extends for more than 1500km. The aquatic flora and fauna associated with the reens and drains is unique in a Welsh context, and the Gwent Levels is the Welsh stronghold for many aquatic plants and invertebrates. The biodiversity of the reeds and drains, however, relies heavily on a carefully planned and sympathetic management regime to persist. Some examples of reference and modified states are described below. 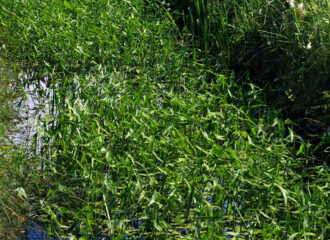 The reference state for ditches and drains on the Gwent Level would be that, at any given point in time, there would be a mix of recently cleared ditches, mature ditches with an advanced emergent and a good proportion of the ditches (perhaps 40-50%) in a state somewhere between the successionally-young and mature growth phases.…

END_OF_DOCUMENT_TOKEN_TO_BE_REPLACED 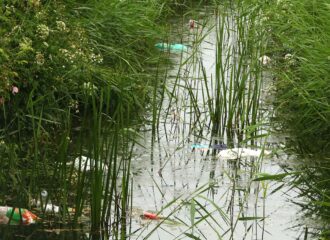 In contrast to the species-rich and aesthetically-pleasing ditches and drains, there are many ditches and drains that appear both unpleasant and unvalued which, at best, leads to indifference in terms of public interest. These under-managed waterways are often along roadsides and are the first and only contact that many members of the public will have…