It is estimated that some 97% of UK hay meadows were lost to changing agricultural practices in the 50 year period from 1930 to 1980. Unfortunately, hay meadow habitats in Wales are continuing to decline and degrade, with the better examples becoming few and far between. The more common modified hay meadow habitats are described in the sections below. 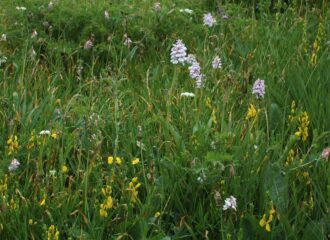 In Wales, the reference state for lowland hay meadows is where the forbs are dominant over grasses and where bird’s-foot trefoil (Lotus corniculatus) and common knapweed (Centaurea nigra) are locally common. In the richer examples, one or more of the less common species, such as Dyer’s greenweed (Genista tictoria) and greater butterfly orchid (Platanthera chlorantha)…

END_OF_DOCUMENT_TOKEN_TO_BE_REPLACED 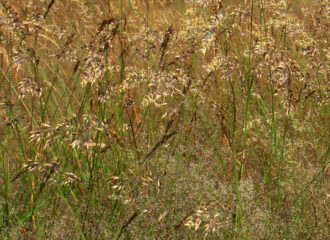 Many of the remaining hay meadows in Wales tend to be grass-dominated and relatively species-poor, partly as a result of phases of under-management when the more competitive grasses squeezed out the stress-tolerating herbs, partly because milder winters associated with climate change have extended the grass-growing season and given grasses an additional competitive advantage and partly…