According to the latest agricultural statistics, the area of agricultural habitats in Wales is 1,677, 072 ha, which represents c.80% of the land area, which increases to 88% when common land is included. These habitats comprise a mix of arable habitats, permanent grassland, rough grazings, woodland, scrub and hedgerows. Hay meadows and pastures, which are also considered in the section on semi-natural habitat components, have been included here because they are essentially agricultural habitats and would not exist without the appropriate management regimes. The more common states of arable, grassland and hedgerow habitats are outlined in the sections below. 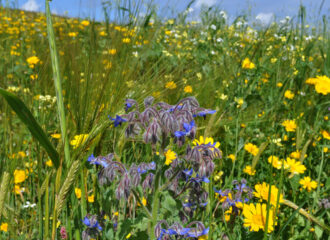 Arable habitats cover about 25% of the European land area and c.30% of the most rapidly declining species in Europe are strongly associated with, or dependent on, arable habitats. Arable habitats have been part of the UK landscape for more than 8000 years and a whole ecosystem of animals and plants has adapted to them.…

END_OF_DOCUMENT_TOKEN_TO_BE_REPLACED

The vast majority of grassland habitats in Wales are agriculturally-improved and support little of biodiversity interest for either the fauna or flora. The loss of species-rich hay meadows from the Welsh landscape is well documented, with more than 95% being lost, primarily through conversion to silage and permanent pasture, since the 1950s. Of those that…

END_OF_DOCUMENT_TOKEN_TO_BE_REPLACED 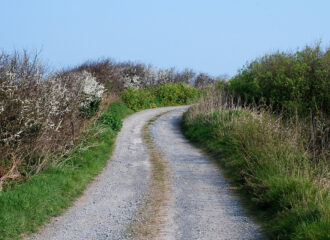 It is estimated that some 50% of hedgrows in the UK have been removed since the early 1950s, primarily to maximise food production in the aftermath of World War II. The main hedgerow components in Wales are blackthorn (Prunus spinosa), hawthorn (Crataegus monogyna) and European gorse (Ulex europaeus), though a wide variety of other trees…