Although sand dune systems are well represented around the Welsh coastline, they are much less well represented in Europe as a whole. The most important sites are located mostly along the Atlantic coast, i.e. in the UK, France, and Spain, and in The Netherlands. Virtually all phases of dune development are listed in Annex I of the EC Habitats Directive as threatened in Europe. The key dune habitat components and, where relevant, their reference and modified states, are described in the sections below. 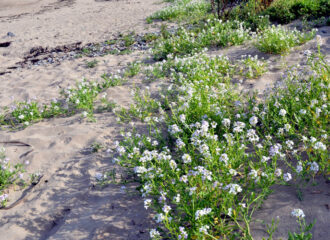 Strandlines tend to ephemeral in nature, there one summer and not the next, and tend to comprise annual plant species that flourish in seasons when weather patterns and tides are suitable. Two of the commoner species of strandline plant in Wales are sea rocket (Cakile maritima) and sandwort (Honkenya peploides) often accompanied by several species…

END_OF_DOCUMENT_TOKEN_TO_BE_REPLACED 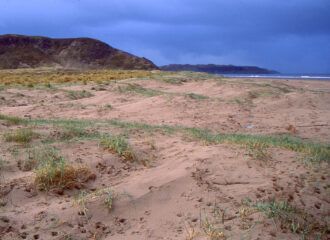 Embryo dunes form on the seaward side of the foredunes, typically building around flotsam, driftwood and/or strandline plants, notably sand couch. Whether these embryo dunes persist and develop into a new line of foredunes can depend on tides and winter weather patterns.

END_OF_DOCUMENT_TOKEN_TO_BE_REPLACED 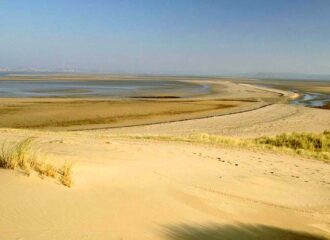 Foredunes are the older and higher dunes that that run parallel to the shore just inland of the embryo dunes. The foredunes are also referred to as yellow dunes because of the high proportion (c. 20%) of visible sand. The foredunes are floristically species-poor, with large tussocks of marram grass (Ammophila arenaria) locally dominant and…

END_OF_DOCUMENT_TOKEN_TO_BE_REPLACED 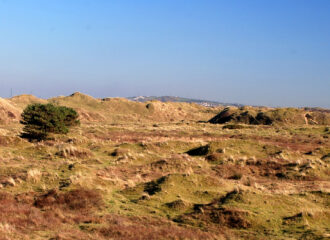 Dune grassland forms on the slopes and ridges of the hind-dunes. The grassland can vary greatly in form, ranging from open, sandy pioneer vegetation to closed and tall vegetation dominated by rank grasses and scrub. The key reference states are described in the sections below.

END_OF_DOCUMENT_TOKEN_TO_BE_REPLACED 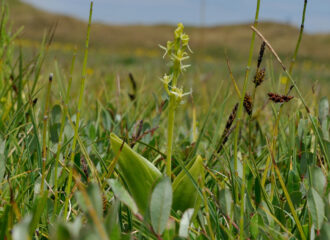 Dune slacks are low depressions between dune ridges and are close to, or even below, the water table. These low depressions in the hind-dunes are created by aeolian forces. In contrast to dune grassland habitats, dune slack vegetation forms on damp and almost level ground. As with the other dune habitats, pioneer/successionally-young dune slack habitat…

END_OF_DOCUMENT_TOKEN_TO_BE_REPLACED 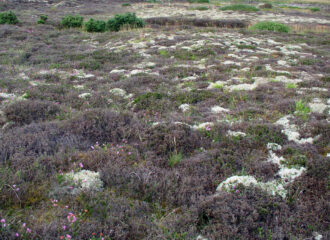 Dune heath is an uncommon habitat in Wales. It occurs on mature, stable dunes where the initial calcium carbonate content of the sand is low. Thereafter, the surface layers rapidly become acidified after losing their calcium carbonate through leaching. The dune heath near Rhosneigr on Anglesey (shown here), is co-dominated by ericoids (Calluna vulgaris and…

END_OF_DOCUMENT_TOKEN_TO_BE_REPLACED 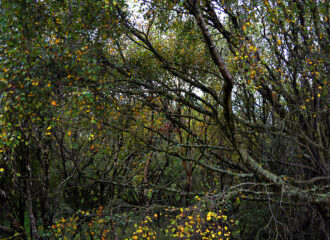 Broad-leaved dune woodland can develop in the more mature habitats as dune systems become stabilised. Different forms of woodland can occur, but birch (Betula spp) or alder (Alnus glutinosa) thickets and willow (Salix) scrub are the most likely in Wales.