There are several canal systems in Wales, the four main systems being the Llangollen Canal, the Monmouthshire and Brecon Canal, the Montgomery Canal and the Swansea Canal. All of the Welsh canals were created during the Industrial Revolution for transporting materials to and from industrial centres and ports. While many canal sections are still navigable, others are not and these can be both of international, national and local biodiversity importance, primarily for aquatic plants and invertebrates, e.g., dragonflies and damselflies. However, the biodiversity of the canals is linked inextricably to their management – and especially the management of the stretches that are not currently navigable. The three main reference states for canals are outlined briefly below. As a general rule, it is the balance of these reference states that is important with, at any given time, at least 75% of the disused stretches of canal having at least some open water visible, with most stretches having 50-80% open water. 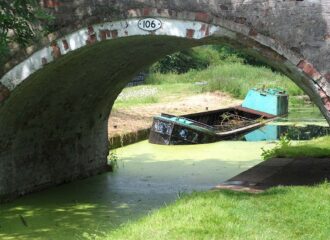 The first of the reference states refers to the still navigable sections of the canals which essentially a clear channel of open water to allow the barges and other water craft to move freely. The sections would be managed relatively frequently to maintain a sufficient area of open water, or if sufficiently busy, would be…

END_OF_DOCUMENT_TOKEN_TO_BE_REPLACED 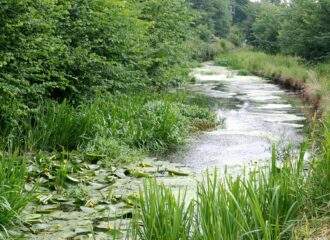 The disused sections of canal are the most important for the biodiversity associated with the canal system. As such, it is important that these sections are managed on a rotational basis to ensure that a high proportion have c. 50-70% open water, which allows the aquatic flora time to recover from the clearance management events.…

END_OF_DOCUMENT_TOKEN_TO_BE_REPLACED 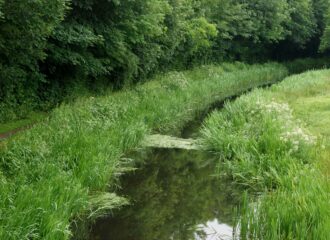 The third reference state for canals is a mature successional phase of development associated with disused stretches of canal. These mature stretches tend to be dominated by emergent species such as bur-reed (Sparganium erectum), bulrush (Typha latifolia) and common reed (Phragmites australis). In these stretches the channel of open water is narrowing and the emergent…