Pastures differ from hay meadows by being grazed by animals throughout the year, typically sheep, cattle and horses in Wales, as opposed to being closed out to animals and cut for hay during the summer months. However, as with hay meadows, most Welsh pastures are extremely species-poor, primarily as a consequence of historic management practices, notably extended periods of intensive sheep grazing. Other pastures were created to replace hay meadows and these tended to be reseeded with a dominant cultivar of perennial rye grass, (Lolium perenne), often with one or two other grass species and a nitrogen-fixing species, typically white clover (Trifolium repens).

The more important pastures for biodiversity in Wales tend to be in damper habitats, like the purple moor grass (Molinia caerulea) pastures in the foothills of the South Wales coalfield, some of which are of considered of international importance and listed on Annex I of the EC Habitats Directive. The key reference and modified states of grazing pasture in Wales are described briefly below. 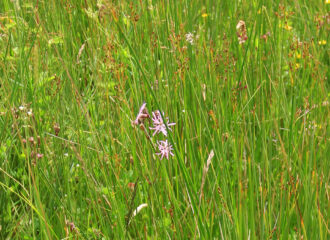 There are no ‘natural’ pastures in Wales, all grazing pastures have been modified to some degree by their management history. Those with the richest flora and fauna are likely to be those historically managed with low levels of horse or cattle grazing, e.g. the typically small damp purple moor grass (Molinia caerulea) pastures that were…

END_OF_DOCUMENT_TOKEN_TO_BE_REPLACED 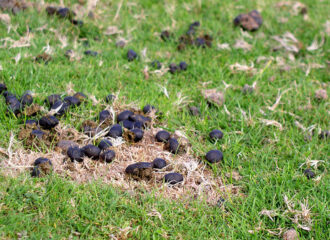 Historically, large areas of pasture in Wales have been intensively grazed by sheep, leaving most of the upland grasslands in Wales extremely poor in terms of biodiversity interest: it isn’t uncommon to come across signs of intensive sheep-grazing (as shown in the image above). In the lowlands, in addition to the intensive-grazed sheep pastures, many…