Rush pastures are extremely variable, both in their appearance and in their associated biodiversity interest. They typically occur on neutral soils with the better examples having an open structure and being relatively species-rich. By contrast, and more typically, most rush pastures tend to comprise a mosaic of closely-cropped grasses and tussocks of rushes, which support little of biodiversity interest. The quality of the habitat is related closely to the type and intensity of grazing associated with it. In the lowlands, in the absence of management, the rush pastures are most likely to be encroached by willow or birch scrub and eventually woodland. The reference state and the most common modified state of rush pasture are described below. 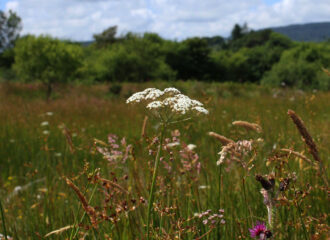 The reference state for rush pasture is a botanically species rich habitat with an open structure, typically where sharp-flowered rush (Juncus acutiflorus) is a co-dominant species – see image above. This habitat supports a wide range of marsh plants, including whorled caraway (Carum verticillatum) and marsh valerian (Valeriana dioica) and provides cover and feeding for…

END_OF_DOCUMENT_TOKEN_TO_BE_REPLACED 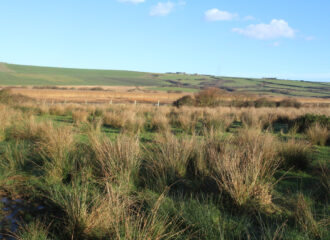 The most common form of rush pasture in lowland Wales comprises a mosaic of closely cropped grasses with interspersed tussocks of soft rush (Juncus effusus). This habitat is essentially a by-product of intensive sheep-grazing over tens, if not hundreds, of years. These habitat stands are invariably species-poor, both in terms of fauna and flora, and…