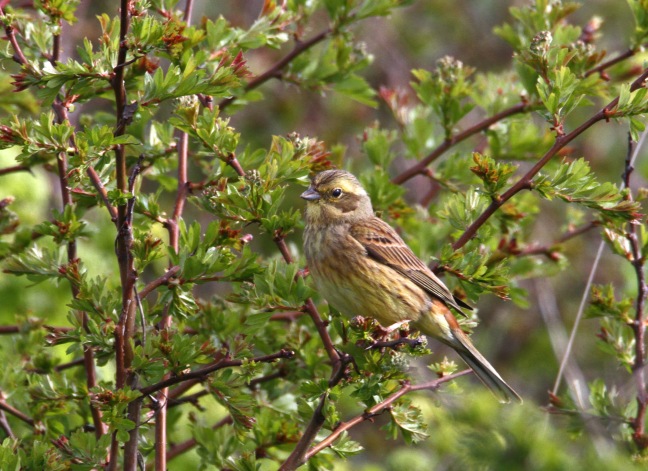 The song of the Yellowhammer was a familiar sound in the Welsh countryside as recently as the 1980s when, for example, the Pembrokeshire breeding population was estimated to be between 13,000 and 18,000 pairs. Since then, their numbers have suffered a catastrophic decline and, in 2018, reports suggested that the Pembrokeshire breeding population may well have fallen to less than 100 pairs. This pattern of decline is being replicated throughout Wales and the distinctive song is now evocative of times gone by in large areas of the Welsh landscape.

Living Wales aims to identify and understand the characteristics of the remaining stronghold areas and establish how these landscapes might be replicated to facilitate the conservation of yellowhammers and reverse the ongoing decline.